Join us in development of the next generation of Gimel Studio to make it a truly usable tool for editing images! 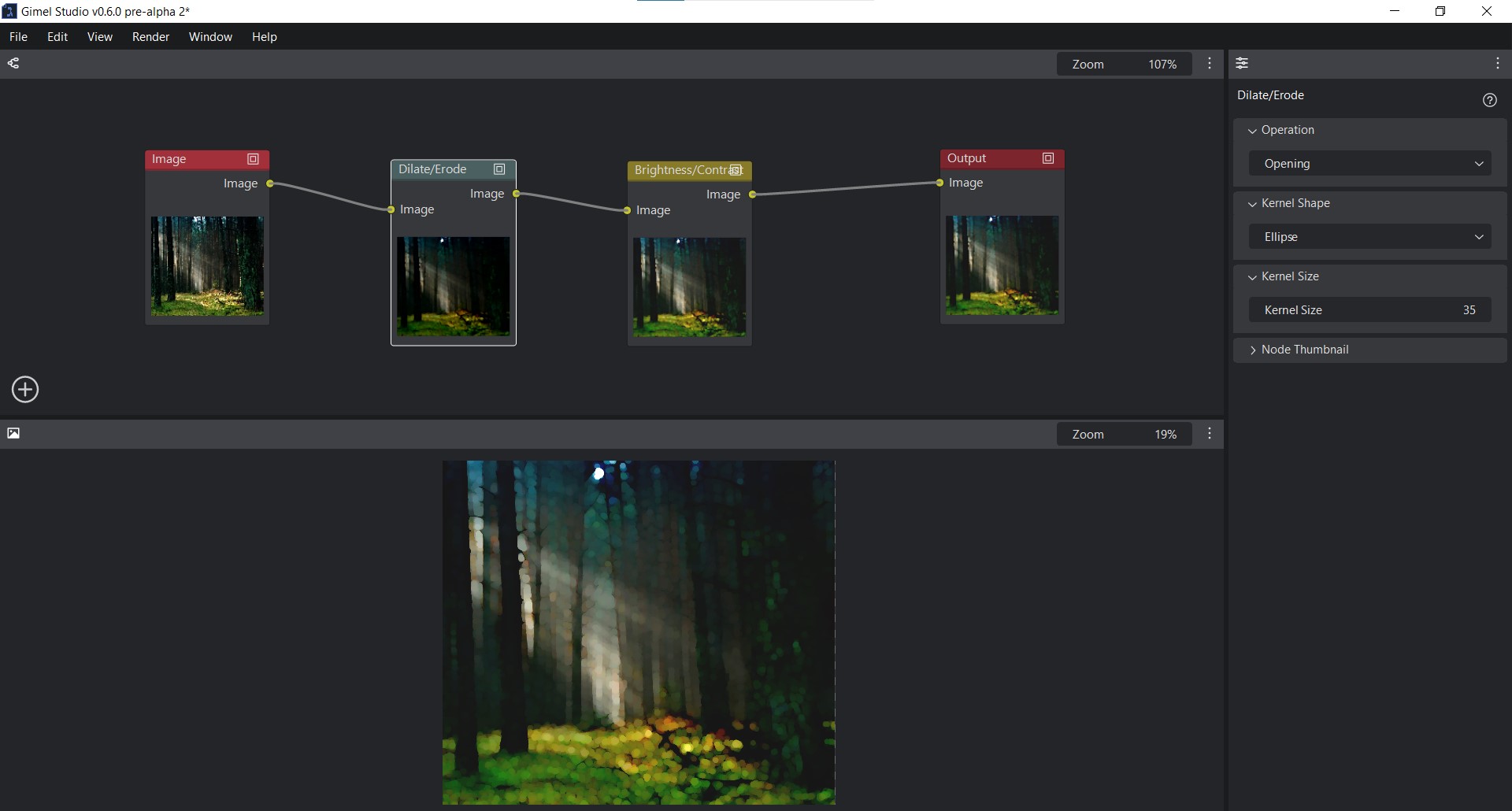 Try the latest pre-alpha version of Gimel Studio! This pre-alpha release has basic funtionality implemented and is mainly meant as a test version.

It is important to note that this is a pre-release and is by no means feature complete. There are also some known issues, so just know that many things will change from what is currently here.

OpenImageIO is used for image IO in Gimel Studio and is a library for reading, writing, and processing images in a wide variety of file formats. It is used in professional, large-scale visual effects and feature film animation, and it is used ubiquitously by large VFX studios, as well as incorporated into many commercial products.

At the core of Gimel Studio is a powerful Python + GLSL shader API for users to script their own custom nodes. Custom nodes are treated like plugins and will have a node manager to allow users to choose which nodes the user wants for their particular installation.

Gimel Studio has a non-destructive workflow, powered via nodes — by default. A major advantage of Gimel Studio and other node-based editing tools is the possibility to always adjust the final result by editing values in any step of the process. Because each modification is stored inside a single node, you can target your changes and minimize wasted time.

We will be aiming to support a 32-bit pipeline and color management via OpenImageIO and OpenColorIO.

Integration of other software file formats, etc is planned.

We are using GLSL shaders to leverage GPU and CPU processing while aiming to be seamlessly cross-platform on Windows, Linux and macOS (64-bit systems only).

Helpful gizmos in the interactive viewport will be created via the API to be used to do various editing tasks and speed up the workflow for things like transforms, crop, and more.

Preset node graph templates can be created, used, and shared with others to save time setting up common node setups for various editing tasks. These would be selectable on program launch and when creating a new project. These are different than normal Gimel Studio project files in that they only include the nodes pre-setup as a starting point for a project.

Vector graphics support is planned via Skia or another graphics API. At the moment, we’re not sure how much support there will be, but it is definately a goal.

Be a Part of the Next Generation of Gimel Studio.